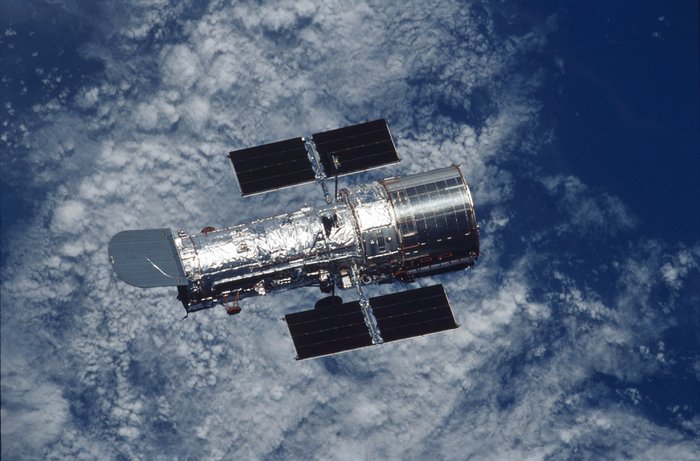 At a teleconference on 14 October 2008, NASA officials revealed the timeline for restoring the NASA/ESA Hubble Space Telescope to operational status following its entry into safe mode three weeks ago.

Bringing Hubble back into operation will require the so-called Control Unit/Science Data Formatter to be switched over from its current failed channel-A to the back-up channel-B. To do this requires the main spacecraft to be placed into safe mode, the channel-B electronics to be brought online and then several supporting components to be switched to operate on the new channel. The science instruments themselves and the main spacecraft control systems are unaffected by this change.

To achieve the switch-over a series of commands will be transmitted to the spacecraft. Although many elements of the command chain have been carried out previously (Hubble has entered safe mode on six occasions throughout its life) this is the first time this particular sequence has been run in its entirety. The whole sequence has been tested on high fidelity simulators on the ground and engineers are confident it will restore Hubble to operational health. The worst potential problem is if for some reason the back-up channel does not come to life having laid dormant for over twenty years. The approximate timeline is as follows:

Meanwhile at the Space Telescope facilities at the Goddard Space Flight Center, Maryland, USA, a replacement component is being prepared for possible use in Servicing Mission 4. Engineers have examined all the available information on the replacement part and it is now being readied for a sequence of tests, including vibration and thermal testing, to ensure it can survive both launch and the extremes of space. Assuming this goes to plan, the delayed Servicing Mission 4 should take place in February 2009.

Carrying the unit to orbit is within the margins for mass, power, energy and component space for the Shuttle. The procedure to change the component is also relatively straightforward as the it is one of the easiest modules to replace on the entire spacecraft. The module is attached to a bay door by ten bolts and has a single connector plate that plugs-in for all power and data transfer commands.

At the moment, the cause for the entry into safe mode is still unknown. Engineers will not be certain until the failed component is returned to Earth as part of Servicing Mission 4.