Hubblecast 21 special: from silver to silicon 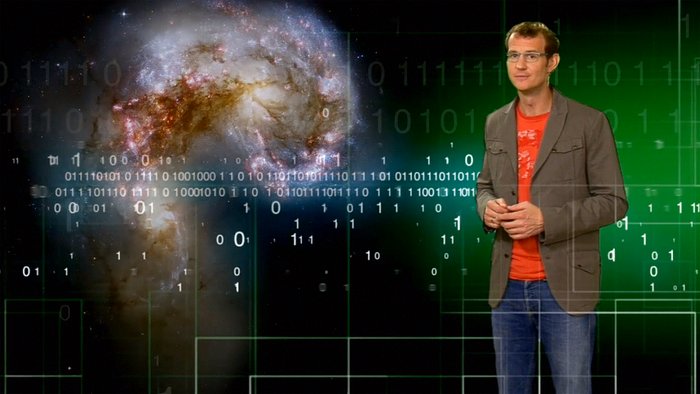 In this new Hubblecast Special episode, Dr. J guides us through the fourth chapter of Eyes on the Skies, the International Astronomical Union's movie celebrating the telescope's 400th anniversary in 2009.

The Eyes on the Skies movie will be released during the autumn and winter of 2008 (further information is available via the links below) and will explore the many facets of the telescope – the historical development, the scientific importance, the technological breakthroughs, and also the people behind this ground-breaking invention, their triumphs and their failures.

Observing the Universe through the eyepiece of a telescope is one thing, but recording the observations for posterity is something quite different. Originally astronomers used pen and paper to draw what they saw, but the human eye is a dreadful detector and our brain can play tricks on us. Astrophotography, first explored in the mid-nineteenth century, has proved to be a powerful, objective way of recording telescopic images with the advantage that long exposures revealed much more than the eye could ever see. But the true revolution arrived with electronic detectors and digital image processing.