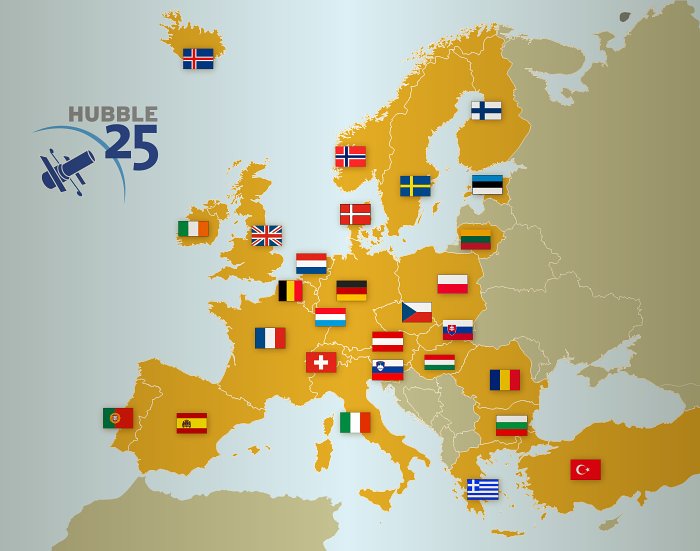 The countries with informal education venues that will host events in celebration of Hubble’s 25th year in orbit, including the unveiling of a large and high-quality print of the 25th anniversary image provided by ESA/Hubble, are shown in yellow on this map.