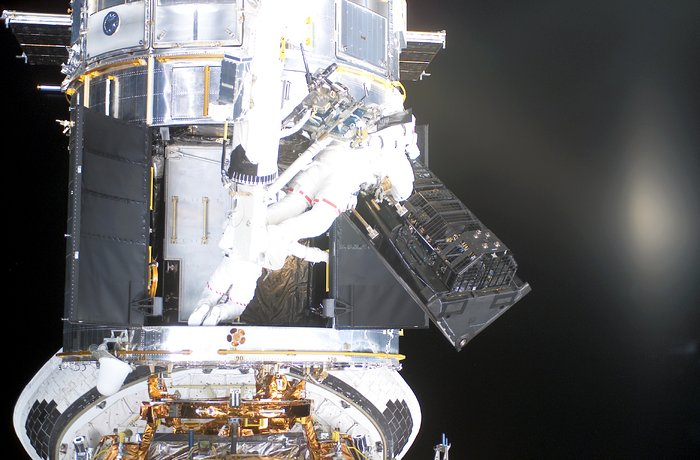 The Faint Object Camera (FOC), the last of the original Hubble instruments, is removed during the fourth servicing mission (SM3B) in March 2002.

FOC will, at the time of the Space Shuttle's landing on 12 March 2002, have spent 4340 days in space since the launch on 24 April 1990. This is the longest time that any piece of hardware has spent in space before being retrieved and returned to the ground.