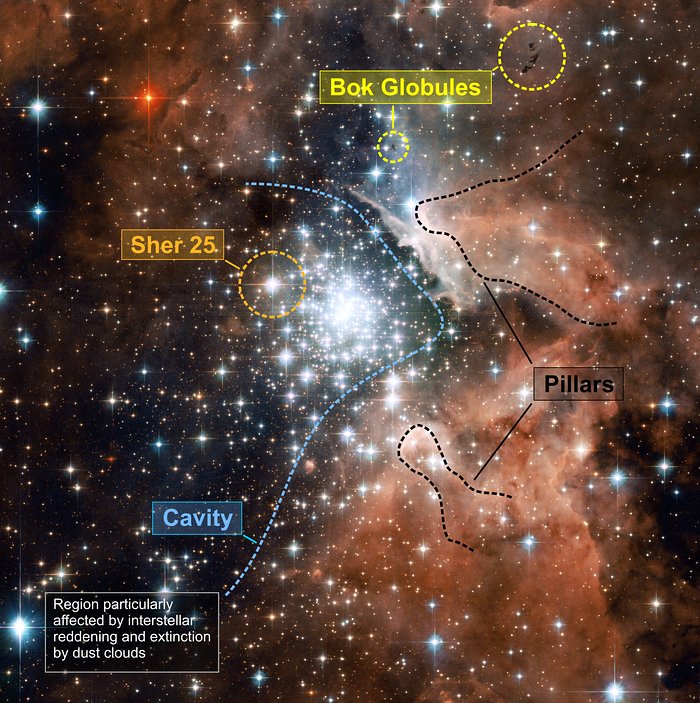 An annotated version of the above Hubble image. The enormous cavity blown out by the young stars in the massive star cluster in NGC 3603's centre can be seen to the right of the cluster. Of particular interest is the lower left of the image. This is darker due to a mix of extinction of starlight and interstellar reddening caused by foreground dust clouds. Giant pillars of gas can also be seen extending away from the central cluster whilst the striking Bok Globules reside, silhouetted against the nebula, at the top right of the image.