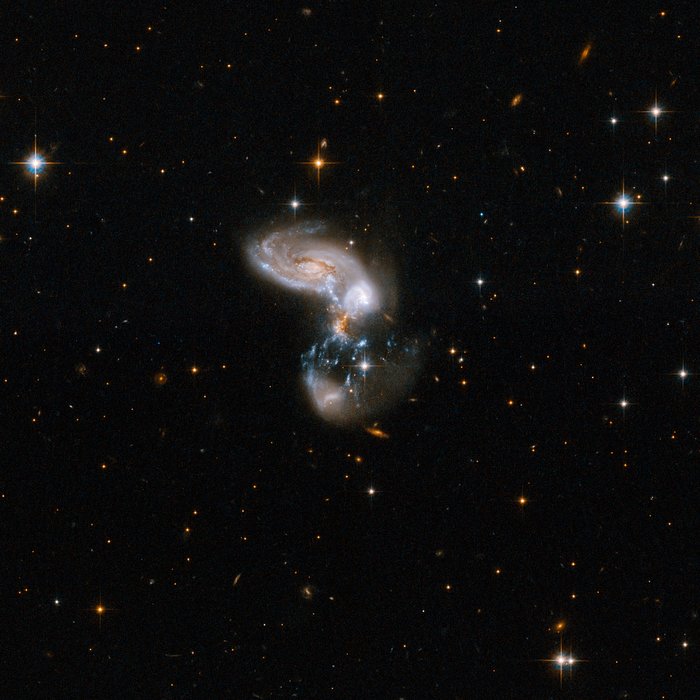 This is a system of merging galaxies with a bizarre shape. Powerful young starburst regions hang as long threadlike structures between the main galaxy cores. The system almost qualifies as an ultraluminous system, but has not yet reached the late stage of coalescence that is the norm for most ultraluminous systems. Zw II 96 is located in the constellation of Delphinus, the Dolphin, about 500 million light-years away from Earth.