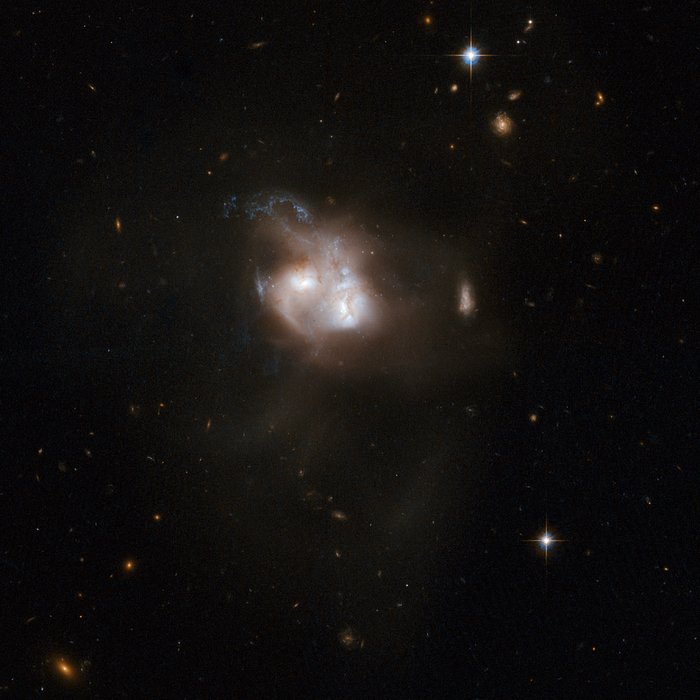 NGC 5256, also known as Markarian 266, is a striking example of two disc galaxies that are about to merge. Spectacular streamers of gas surround the two nuclei and eye-catching blue spiral trails indicate recent star formation. The shape of the object is highly disturbed and observations in various wavelength regimes - infrared, millimetre-wave and radio - provide additional evidence for a starburst in this system. NGC 5256 is located in the constellation of Ursa Major, the Great Bear, some 350 million light-years from Earth. Each galaxy also contains an active galactic nucleus, evidence that the chaos is allowing gas to fall into the regions around central black holes as well as feeding starbursts. Recent observations from the Chandra X-ray Observatory show that both nuclei, as well as a region of hot gas in between them, have been heated by the shock waves driven as gas clouds at high velocities collide.