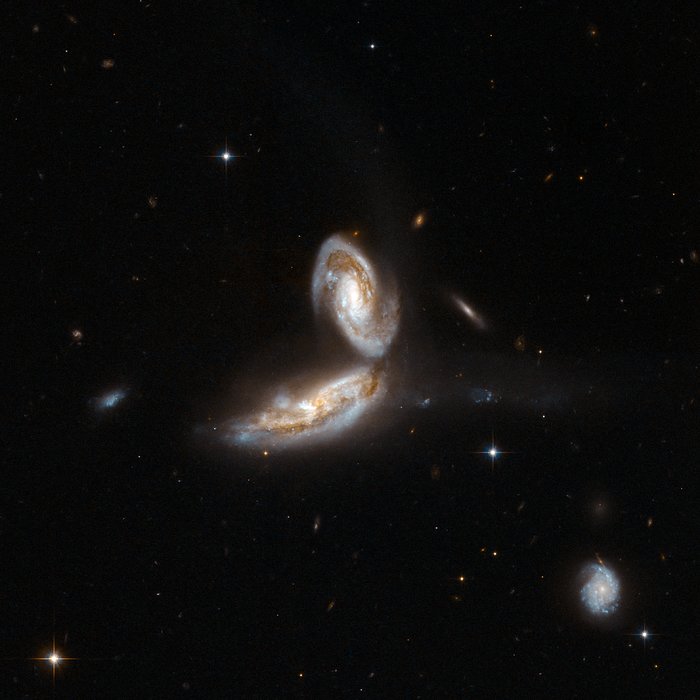 NGC 5331 is a pair of interacting galaxies beginning to "link arms". There is a blue trail which appears in the image flowing to the right of the system. NGC 5331 is very bright in the infrared, with about a hundred billion times the luminosity of the Sun. It is located in the constellation Virgo, the Maiden, about 450 million light-years away from Earth.