Stars in the tail of the Antennae 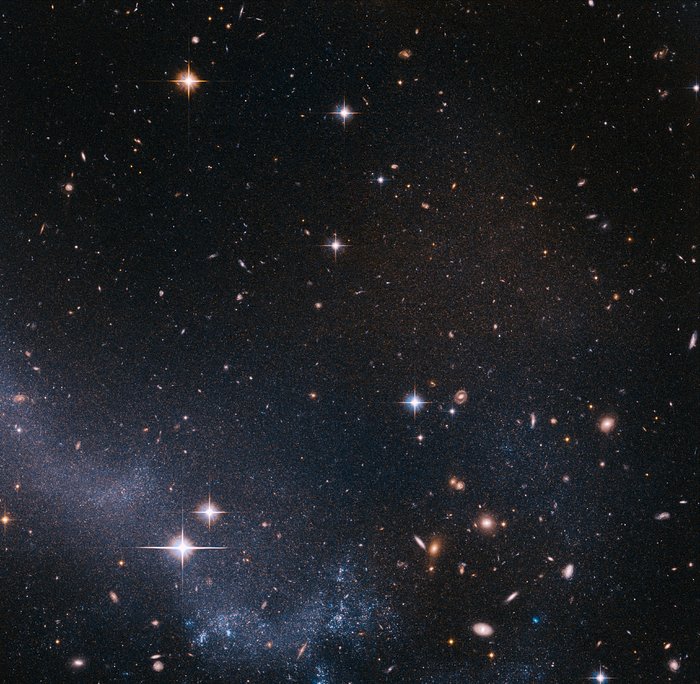 The Hubble ACS image shows a portion of the southern tidal tail of the Antennae galaxies. The main visible component consists of young blue stars recently formed out of the gas accumulating along the spine of the tail, and many red background galaxies can also be seen. The region is also filled by thousands of faint red stars, just visible when zooming on the image.

The Antennae Galaxies are among the closest known merging galaxies. The two galaxies, also known as NGC 4038 and NGC 4039, started to interact a few hundred million years ago, creating one of the most impressive sights in the night sky. They are considered by scientists as the archetypal merging galaxy system and are used as a standard with which to validate theories about galaxy evolution.

By measuring the colours and brightnesses of red giant stars in the system, the scientists found that the Antennae Galaxies are much closer than previously thought: 45 million light-years instead of the previous best estimate of 65 million light-years. These red stars cannot be brighter than a certain threshold, and it is this luminosity threshold that was used to derive the new distance of the Antennae.