The Coma Galaxy Cluster as seen by Hubble 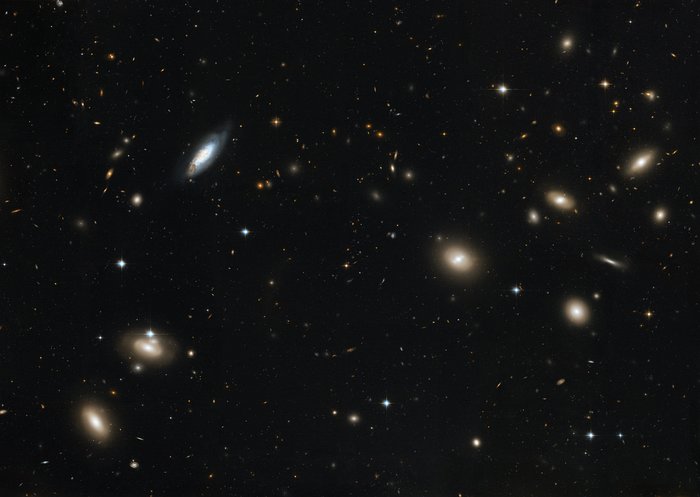 Hubble's Advanced Camera for Surveys has viewed a large portion of the Coma Cluster, stretching across several million light-years across. The entire spherical cluster is more than 20 million light-years in diameter and contains thousands of galaxies.

Most of the galaxies that inhabit the central portion of the Coma Cluster are elliptical galaxies. These featureless "fuzz-balls" are a pale golden brown in colour and contain populations of old stars. Both dwarf and giant ellipticals are found in abundance in the Coma Cluster.