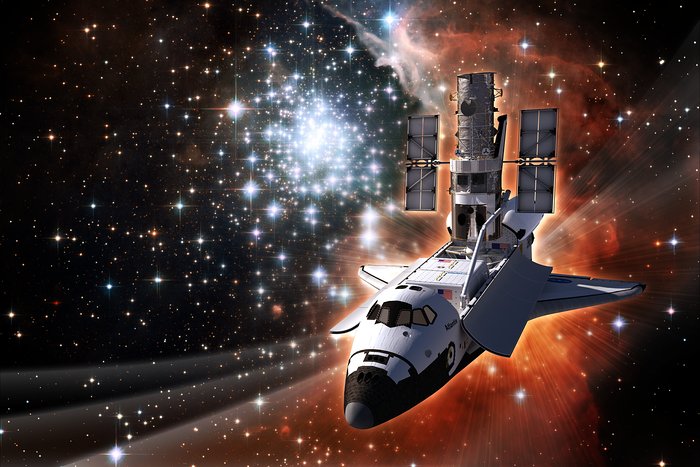 This artist's concept shows the NASA/ESA Hubble Space Telescope aboard the space shuttle Atlantis. In the background is one of the most impressive massive young star clusters in the Milky Way - the spectacular star-forming region NGC 3603 - as imaged by Hubble. This image was produced in anticipation of the launch of STS-125, the fifth and final servicing mission to Hubble.