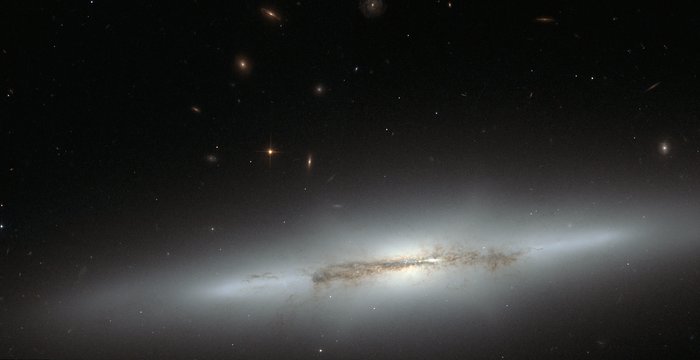 Still an astrophysical mystery, the evolution of the bulges in spiral galaxies led astronomers to the edge-on galaxy NGC 4710. When staring directly at the centre of the galaxy, one can detect a faint, ethereal "X'-shaped structure. Such a feature, which astronomers call a "boxy" or "peanut-shaped" bulge, is due to the vertical motions of the stars in the galaxy's bar and is only evident when the galaxy is seen edge-on. This curiously shaped puff is often observed in spiral galaxies with small bulges and open arms, but is less common in spirals with arms tightly wrapped around a more prominent bulge, such as NGC 4710.