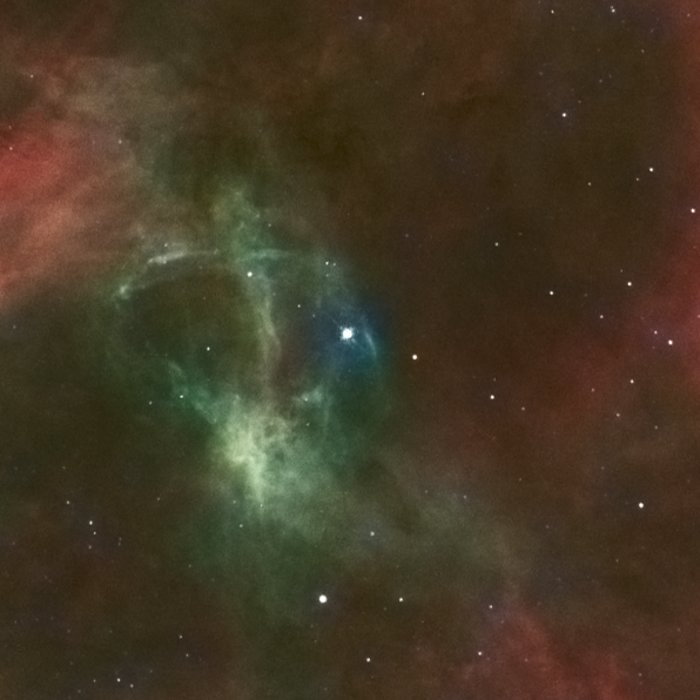 This image is centred on stellar runaway 30 Dor #016. The image was taken by the Wide Field and Planetary Camera 2 (WFPC2) aboard the NASA/ESA Hubble Space Telescope. The heavyweight star is 90 times more massive than the Sun and is travelling at more than 400 000 kilometres an hour from its home.

The young star, only one million to two million years old, may have travelled about 375 light-years from its suspected home in star cluster R136.

Notes: Information from ESO observations used in this image.