Rate of star birth in the early Universe 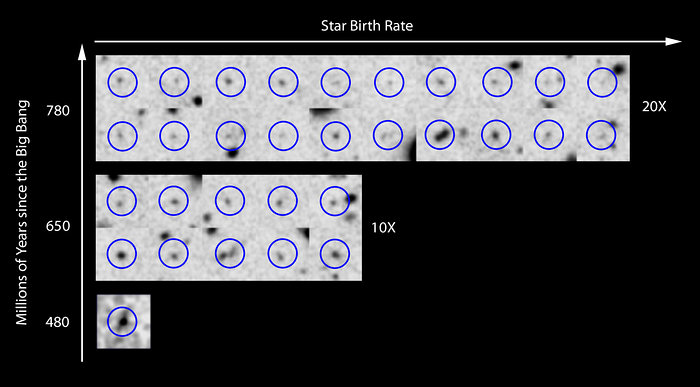 The astonishing tenfold increase in star birth happened in a period that is just 1 per cent of the current age of the Universe. This is shown schematically in this figure that shows the new candidate galaxy at 480 million years and comparable galaxies from the epoch at 650 million years and at 780 million years after the Big Bang to represent the relative amounts of star birth in galaxies at different times.