Stars in the Andromeda Galaxy’s halo with background galaxies (1) 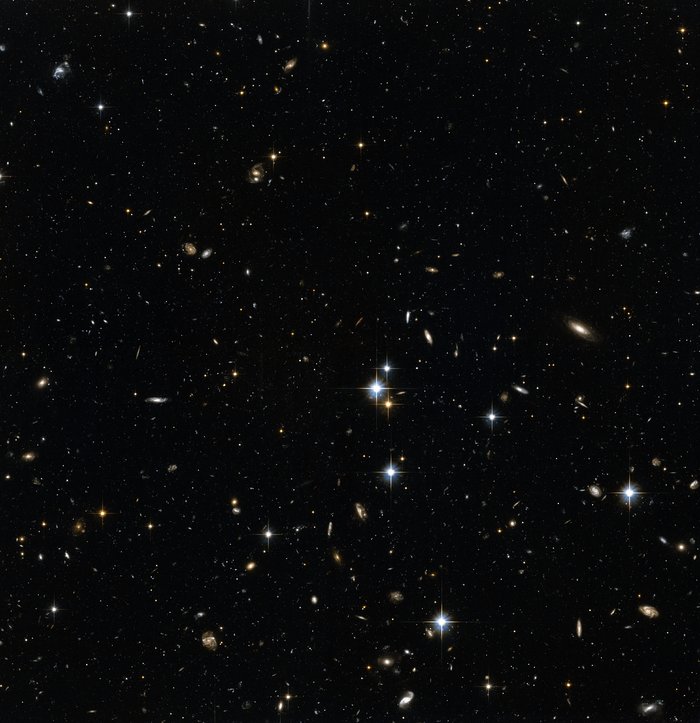 This image shows NASA/ESA Hubble Space Telescope images of a small part of the halo of the Andromeda Galaxy. The halo is the huge and sparse sphere of stars that surrounds a galaxy. While there are relatively few stars in a galaxy’s halo, studies of the rotation rate of galaxies suggest that there is a great deal of invisible dark matter here.

Hubble’s position above the distorting effect of the atmosphere, combined with the galaxy’s relative proximity, means that this image can be resolved into individual stars, rather than the cloudy white wisps usually seen in observations of galaxies. In the background, many faraway galaxies are visible, billions of light-years further away than the Andromeda Galaxy.

These observations were made in order to observe a wide variety of stars in Andromeda, ranging from faint main sequence stars like our own Sun, to the much brighter RR Lyrae stars, which are a type of variable star. With these measurements, astronomers can determine the chemistry and ages of the stars in each part of the Andromeda Galaxy.