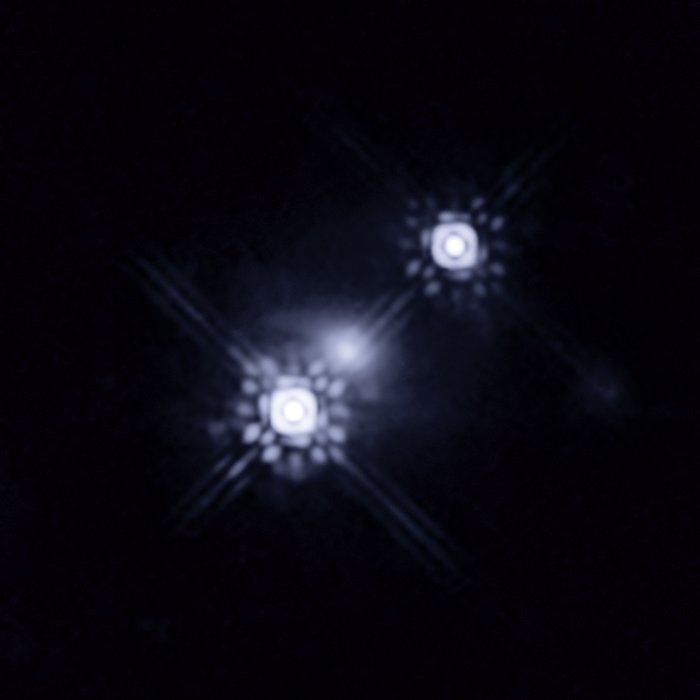 This picture shows a quasar that has been gravitationally lensed by a galaxy in the foreground, which can be seen as a faint shape around the two bright images of the quasar.

Observations of one of the images show variations in colour over time. This is caused by stars within the lens galaxy passing through the path of the light from the quasar, magnifying the light from different parts of the quasar’s accretion disc as they move. This has allowed a team of scientists to reconstruct the colour and temperature profile of the accretion disc with unprecedented precision. The level of detail involved is equivalent to being able to study individual grains of sand on the surface of the Moon while standing on Earth.