Fireworks of Star Formation Light Up a Galaxy 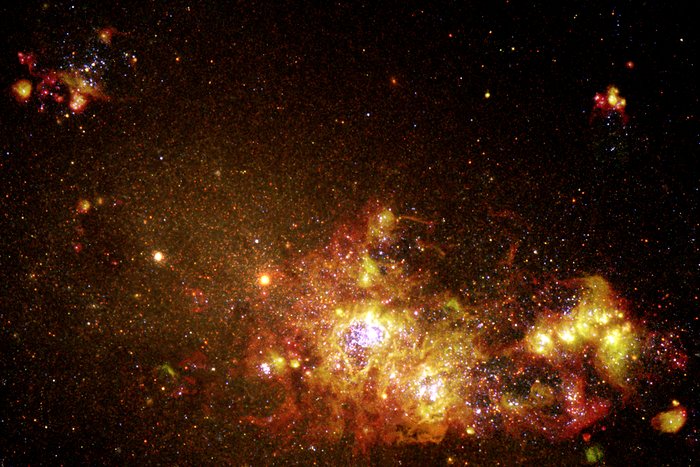 Newly released images obtained with the NASA/ESA Hubble Space Telescope in July 1997 reveal episodes of star formation that are occurring across the face of the nearby galaxy NGC 4214. Located some 13 million light-years from Earth, NGC 4214 is currently forming clusters of new stars from its interstellar gas and dust. In the Hubble image, we can see a sequence of steps in the formation and evolution of stars and star clusters. The picture was created from exposures taken in several colour filters with Hubble's Wide Field Planetary Camera 2.