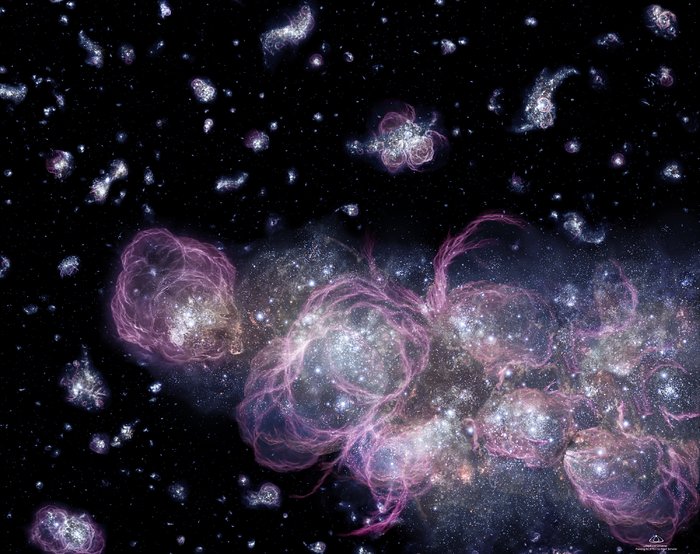 The deepest views of the cosmos from the Hubble Space Telescope yield clues that the very first stars may have burst into the universe as brilliantly and spectacularly as a fireworks finale. Except in this case, the finale came first, long before Earth, the Sun and the Milky Way Galaxy formed.

Studies of Hubble's deepest views of the heavens lead to the preliminary conclusion that the universe made a significant portion of its stars in a torrential firestorm of star birth, which abruptly lit up the pitch-dark heavens just a few hundred million years after the 'big bang, ' the tremendous explosion that created the cosmos.

Though stars continue to be born today in galaxies, the star birth rate could be a trickle compared to the predicted gusher of stars in those opulent early years.