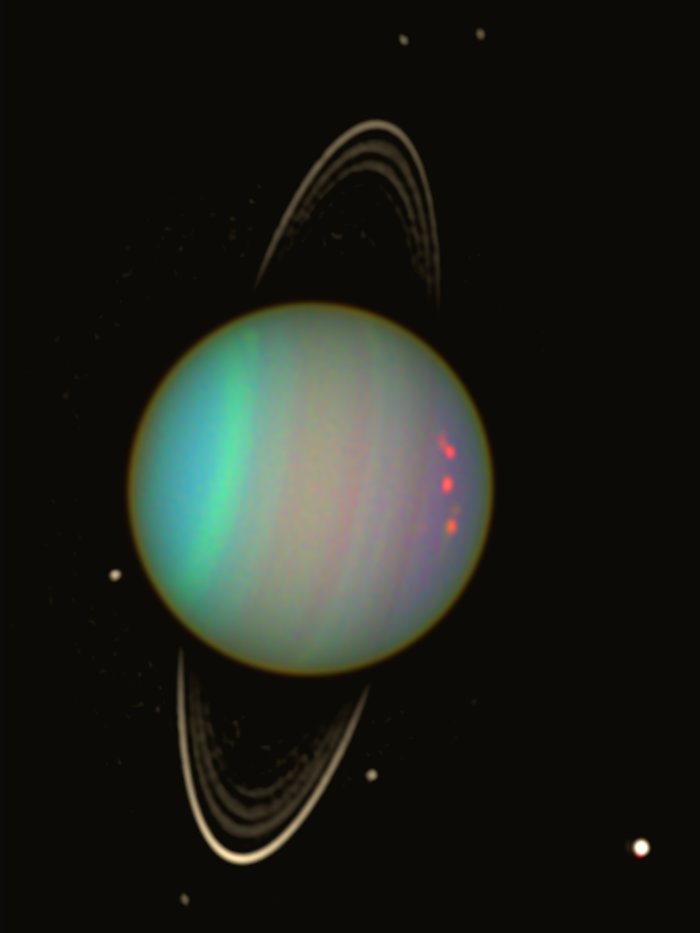 This wider view of Uranus reveals the planet's faint rings and several of its satellites. The area outside Uranus was enhanced in brightness to reveal the faint rings and satellites. The outermost ring is brighter on the lower side, where it is wider. It is made of dust and small pebbles, which create a thin, dark, and almost vertical line across the right side of Uranus (especially visible on the natural-color image).

The bright satellite on the lower right corner is Ariel, which has a snowy white surface. Five small satellites with dark surfaces can be seen just outside the rings. Clockwise from the top, they are: Desdemona, Belinda, Portia, Cressida, and Puck. Even fainter satellites were imaged in deeper exposures, also taken with the Advanced Camera in August 2003.