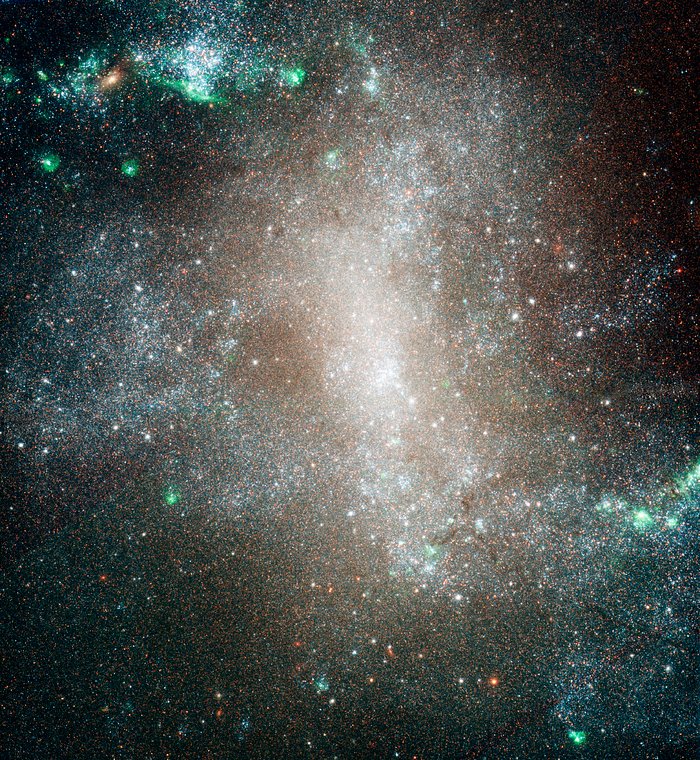 This is a NASA/ESA Hubble Space Telescope image of the central region of the barred spiral galaxy NGC 1313. Hubble was used to resolve stars within the galaxy to do a census of various classes of stars distributed across the galaxy. The observations show that hot blue stars (of class B) are widely scattered across the galaxy. This is evidence of "infant mortality" in which the young, so-called open clusters where stars are born, quickly became gravitationally "unglued" and scattered their resident stars into the galaxy. NGC 1313 is 50,000 light-years across and lies 14 million light-years away in the southern constellation of Reticulum.

NASA, ESA and A. Pellerin (STScI)