History of the Universe 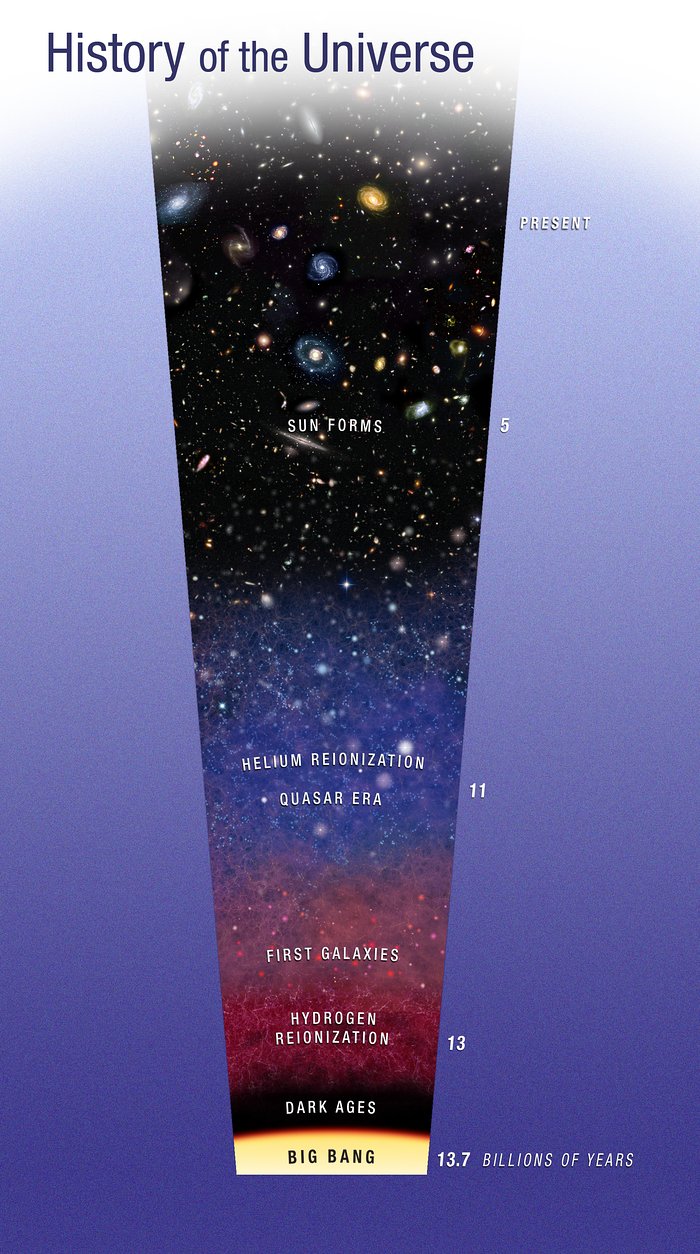 This diagram traces the evolution of the Universe from the big bang to the present. Two watershed epochs are shown. Not long after the big bang, light from the first stars burned off a fog of cold hydrogen in a process called reionisation. At a later epoch quasars, the black-hole-powered cores of active galaxies, pumped out enough ultraviolet light to reionise the primordial helium.