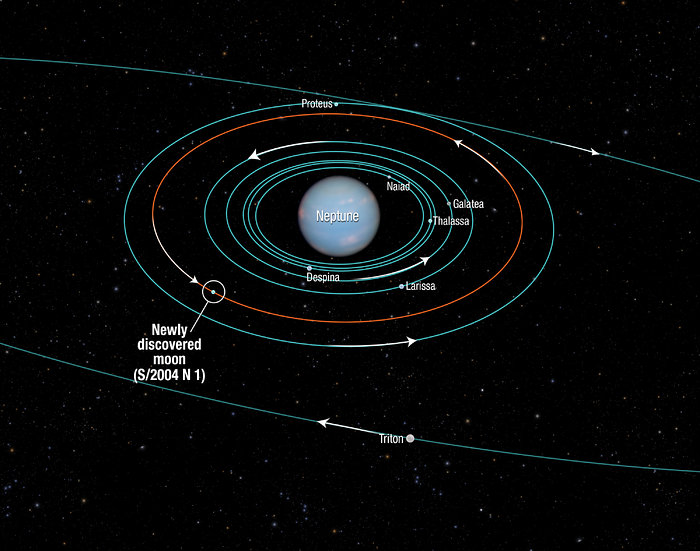 This diagram shows the orbits of several moons located close to the planet Neptune. All of them were discovered in 1989 by NASA's Voyager 2 spacecraft, with the exception of S/2004 N 1, which was discovered in archival Hubble Space Telescope images taken from 2004 to 2009. The moons all follow prograde orbits and are nestled among Neptune's rings (not shown).

The outer moon Triton was discovered in 1846 — the same year the planet itself was discovered. Triton's orbit is retrograde, suggesting it is a captured Kuiper Belt object and therefore a distant cousin of Pluto. The inner moons may have formed after Triton's capture several billion years ago.