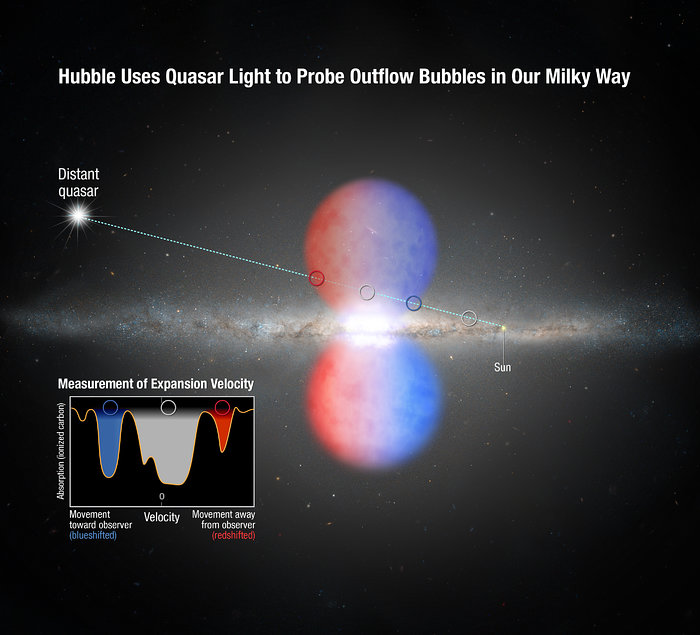 This graphic shows how the NASA/ESA Hubble Space Telescope probed the light from a distant quasar to analyse the so-called Fermi Bubbles — two lobes of material being blown out of the core of the Milky Way.

The quasar's light passed through one of the bubbles. Imprinted on that light is information about the outflow's speed, composition, and mass. Astronomers used this information to find out that the winds are rushing out of the Milky Way at more than three million kilometres per hour.

The outflow was produced by a violent event that happened about two million years ago in our galaxy's core.