Structure of Exoplanet GJ 3470 b 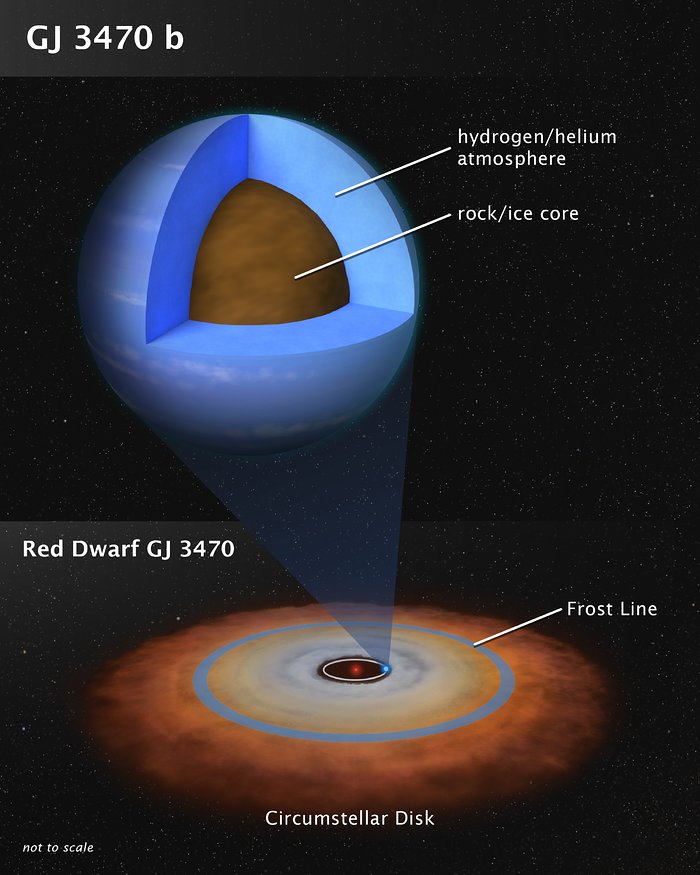 This artist's illustration shows the theoretical internal structure of the exoplanet GJ 3470 b. It is unlike any planet found in the Solar System. Weighing in at 12.6 Earth masses the planet is more massive than Earth but less massive than Neptune. Unlike Neptune, which is 3 billion miles from the Sun, GJ 3470 b may have formed very close to its red dwarf star as a dry, rocky object. It then gravitationally pulled in hydrogen and helium gas from a circumstellar disk to build up a thick atmosphere. The disk dissipated many billions of years ago, and the planet stopped growing. The bottom illustration shows the disk as the system may have looked long ago. Observations by the NASA/ESA Hubble Space telescope and the NASA Spitzer space telescopes have chemically analyzed the composition of GJ 3470 b's very clear and deep atmosphere, yielding clues to the planet's origin. Many planets of this mass exist in our galaxy.