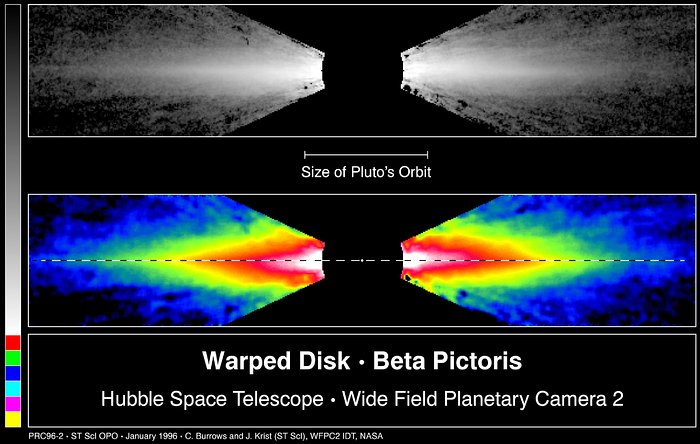 This image from the Hubble Space Telescope shows for the first time the inner region of a 200-billion mile diameter dust disk around the star Beta Pictoris.

This is a visible light image of the disk, which appears spindle-like because it is tilted nearly edge-on to our view.

The disk is made up of microscopic dust grains of ices and silicate particles, and shines by reflected light from the star.

False-color is applied through image processing to accentuate details in the disk structure.

Hubble reveals that the pink-white inner edge of the disk is slightly tilted from the plane of the outer disk (red-yellow-green) as identified by a dotted line.

A simple explanation is that a large planet is pulling on the disk. It is not possible to see the planet directly because it is close to the star, and perhaps a billion-times fainter.