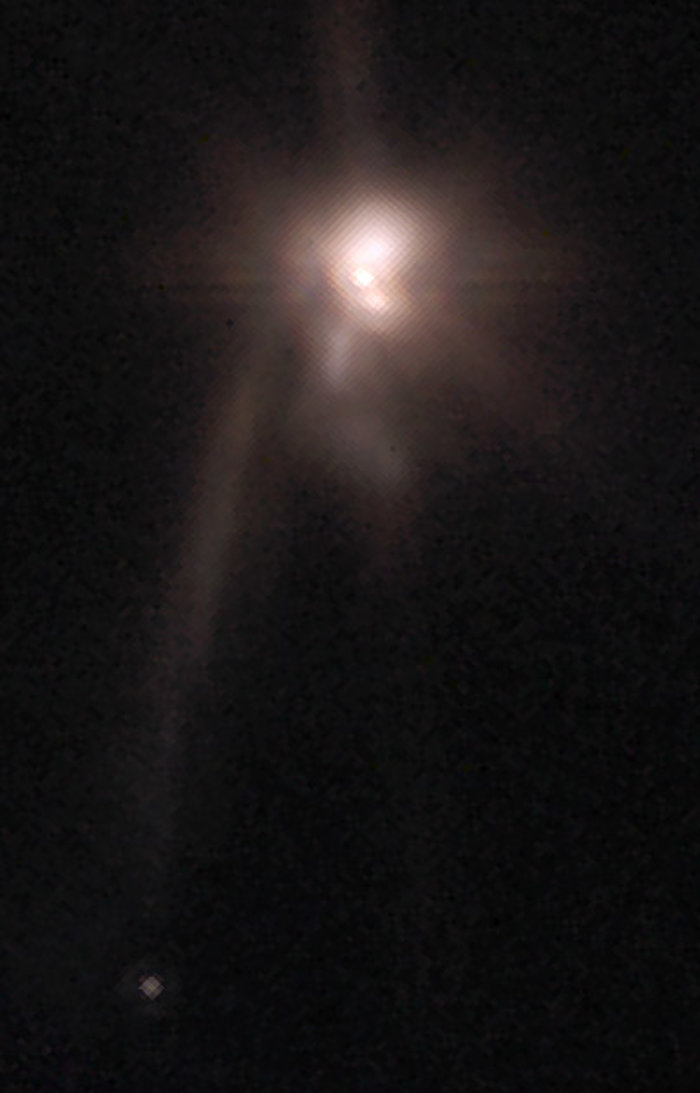 Originally suspected to be the first directly detected planet outside our Solar System follow up observations have shown that the object is most likely a background star whose light is has been dimmed and reddened by interstellar dust. Even newer observations have now brought the phantom planet back from oblivion.

It seems that TMR-1C is a protoplanet, located about 1 000 AU from its host stars, which are in the center of this NASA/ESA Hubble Space Telescope picture. However the true nature of TMR-1C is still unclear and needs further investigation.