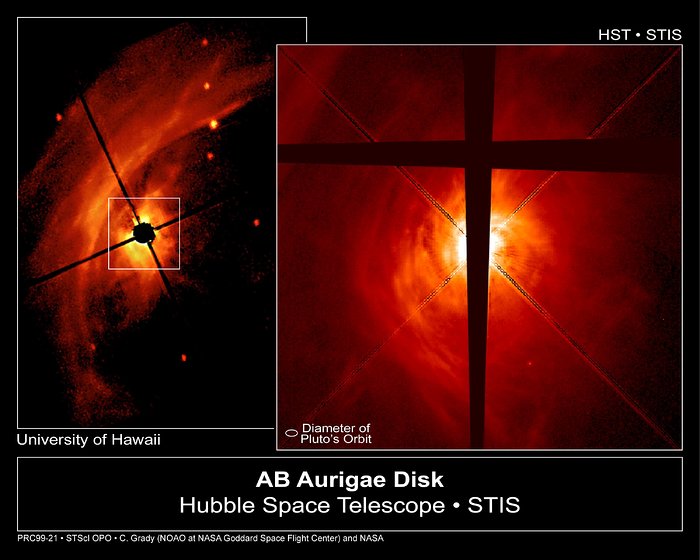 The NASA/ESA Hubble Space Telescope has snapped a nearly face-on view of a swirling disk of dust and gas surrounding a developing star called AB Aurigae. The Hubble telescope image, taken in visible light by the Space Telescope Imaging Spectrograph, shows unprecedented detail in the disk, including clumps of dust and gas that may be the seeds of planet formation.

Normally, a young star's bright light prevents astronomers from seeing material closer to it. That's why astronomers used a coronograph in these two images of AB Aurigae to block most of the light from the star. The rest of the disk material is illuminated by light reflected from the gas and dust surrounding the star.

Notes: The left image is from the University of Hawaii's 2.2-meter telescope.