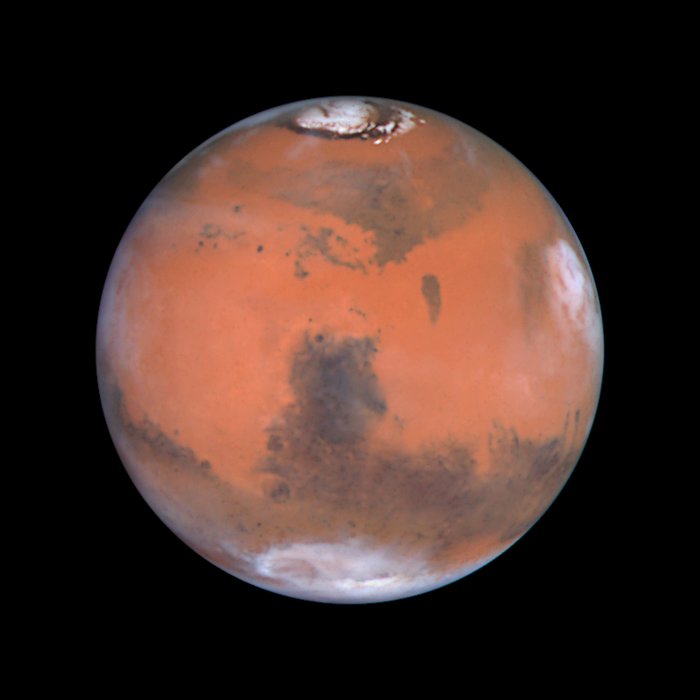 This image is centered on the dark feature known as Syrtis Major, first seen telescopically by the astronomer Christiaan Huygens in the 17th century. Many small, dark, circular impact craters can be seen in this region, attesting to the Hubble telescope's ability to reveal fine detail on the planet's surface. To the south of Syrtis is a large circular feature called Hellas. Viking and more recently Mars Global Surveyor have revealed that Hellas is a large and deep impact crater. These Hubble telescope pictures show it to be filled with surface frost and water ice clouds. Along the right limb, late afternoon clouds have formed around the volcano Elysium.