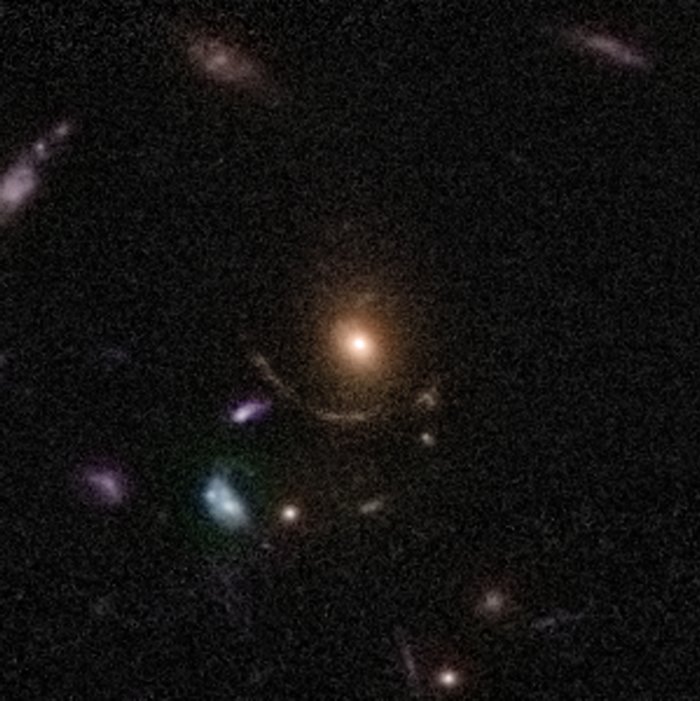 This lens is an example of the rich diversity of 67 strong gravitational lenses found in the COSMOS survey. It shows one triple and one quadruple lens, discovered in a recently completed, large set of observations as part of a project to survey a single 1.6-square-degree field of sky (nine times the area of the full Moon) with several space-based and Earth-based observatories.

Notes: Information gathered by the Subaru telescope were used to colour this ACS image.