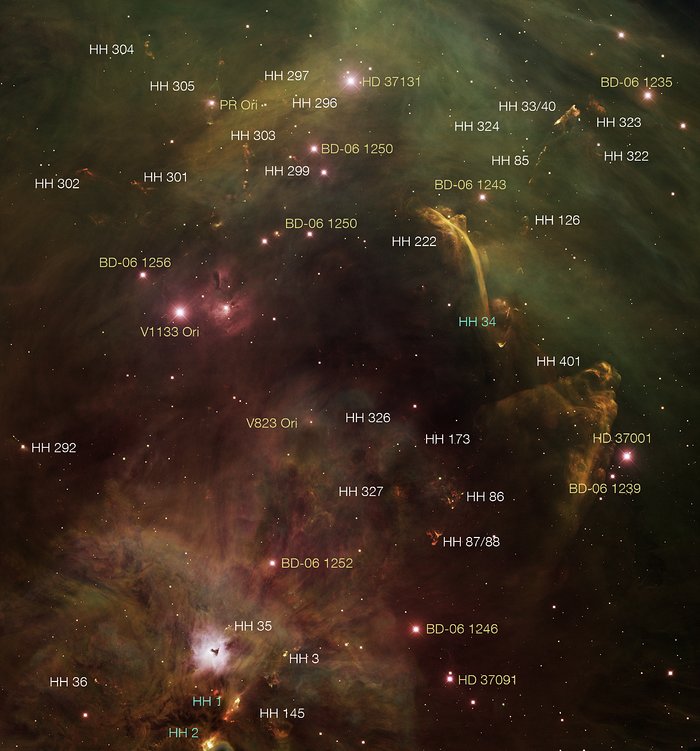 This image from the Kitt Peak National Observatory (KPNO) 4-metre telescope shows a roughly 1/2-degree square region of the sky in the constellation of Orion (about the same size as the diameter of the full Moon). This is a small part of the Orion Molecular Cloud Complex, a giant region of gas and dust undergoing active star formation some 1500 light-years away.

Numerous small knots known as Herbig-Haro Objects, labelled in white on the illustration, are signatures of recently formed stars ejecting material into space. The three HH objects labelled in green have been subjects of intense study by the NASA/ESA Hubble Space Telescope over several years, resulting in a better understanding of how the material ejected from stars interacts with the surrounding medium.