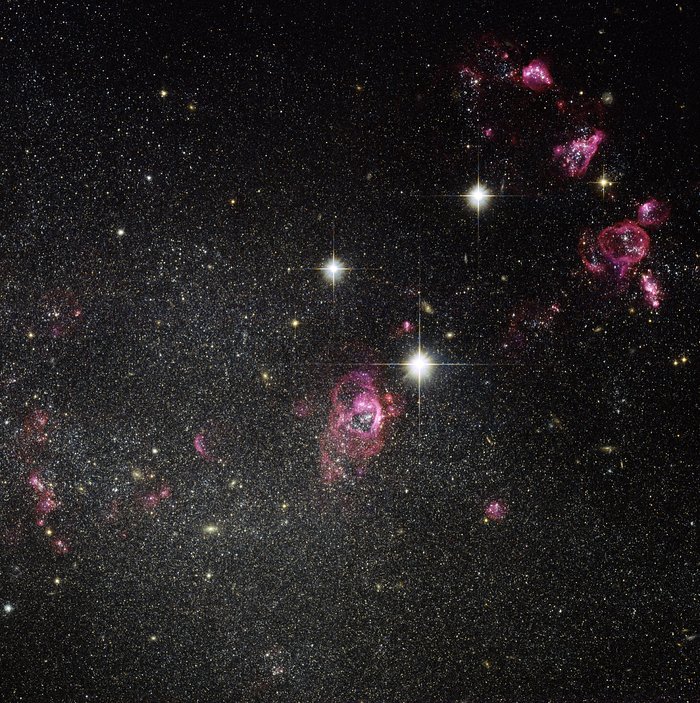 The NASA/ESA Hubble Space Telescope has captured this image of dwarf irregular galaxy Holmberg II. The galaxy is dominated by huge bubbles of glowing gas, which are sites of ongoing star formation.

As high-mass stars form in dense regions of gas and dust they expel strong stellar winds that blow away the surrounding material. The cavities are also blown clear of gas by the shock waves produced in supernovae, the violent explosions that mark the end of the lives of massive stars.