Central regions of 47 Tucanae seen in the ultraviolet 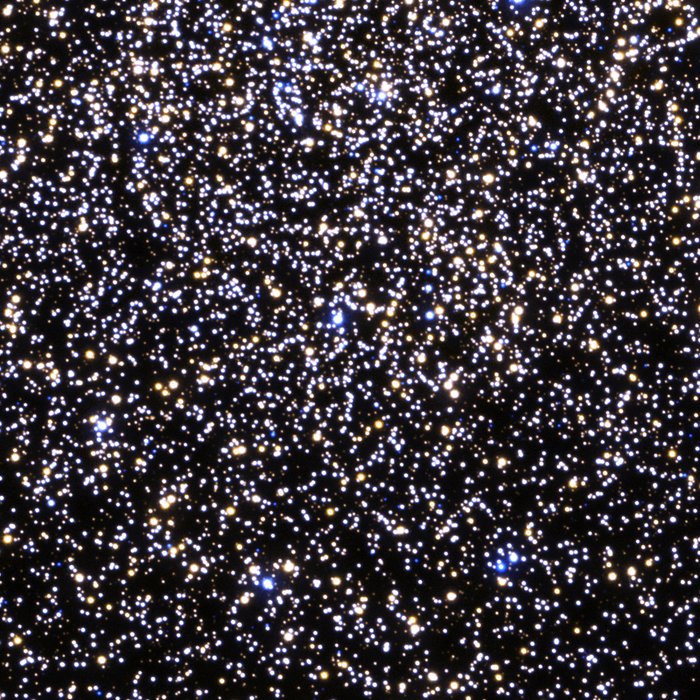 This NASA/ESA Hubble Space Telescope image shows the central region of a globular cluster known as NGC 104 — or, more commonly, 47 Tucanae, since it is part of the constellation of Tucana (The Toucan) — seen in ultraviolet light.

Using the ultraviolet capabilities of Hubble’s sharp-eyed Wide Field Camera 3, the astronomers traced populations of white dwarfs with a range of ages and positions. This made it possible, for the first time, to collect a census of young white dwarf stars beginning their migration from the crowded centre of an ancient star cluster to its less populated outskirts.