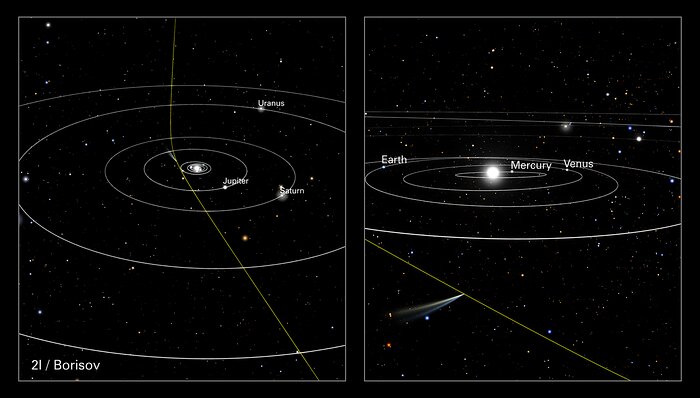 As the graphic shows, the comet’s straight path across interstellar space is slightly deflected by the gravitational pull of our Sun. The comet is travelling so fast, at over 155 000 kilometres per hour, it will eventually leave the Solar System.

The panel on the right shows the comet’s position relative to Earth when the NASA/ESA Hubble Space Telescope observed it on 12 October 2019, when it was 420 million kilometres from Earth.