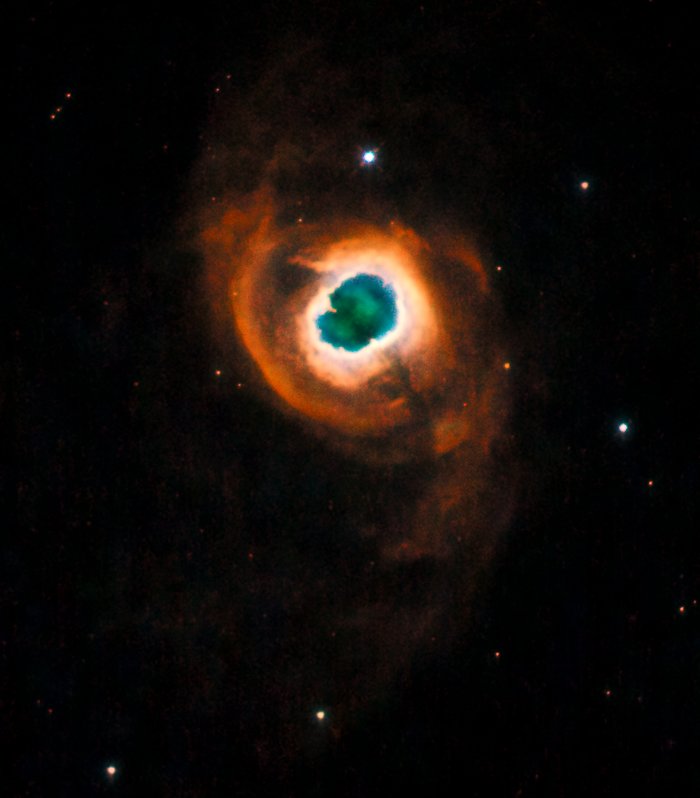 This planetary nebula is known as Kohoutek 4-55 (or K 4-55). It is one of a series of planetary nebulae that were named after their discoverer, Czech astronomer Luboš Kohoutek. A planetary nebula is formed from material in the outer layers of a red giant star that were expelled into interstellar space when the star was in the late stages of its life. Ultraviolet radiation emitted from the remaining hot core of the star ionises the ejected gas shells, causing them to glow.

In the specific case of K 4-55, a bright inner ring is surrounded an asymmetric, fainter layer. The entire system is then surrounded by a faint red halo of light emitted by ionised nitrogen. This multi-shell structure is fairly uncommon in planetary nebulae.