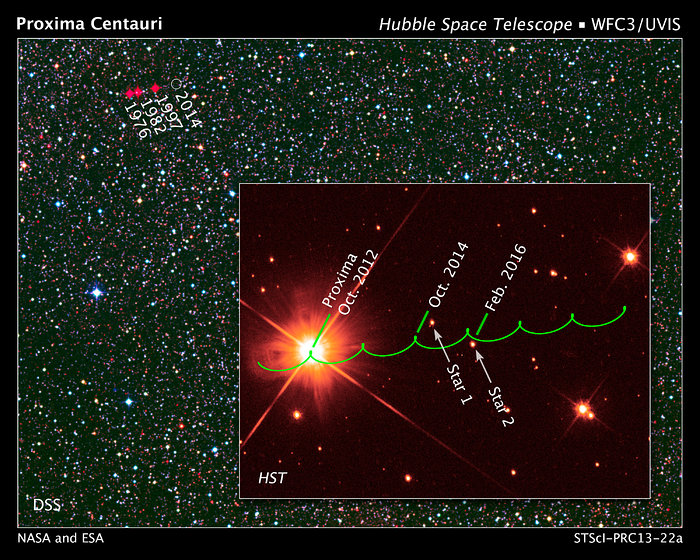 This plot shows the projected motion of the red dwarf star Proxima Centauri (green line) over the next decade, as plotted from NASA/ESA Hubble Space Telescope observations. Because of parallax caused by Earth’s motion around the Sun, the path appears scalloped. Because Proxima Centauri is the closest star to our Sun (at a distance of 4.2 light-years), its angular motion across the sky is relatively fast compared to far more distant background stars. This means that in 2014 and 2016 Proxima Centauri will pass in front of two background stars that are along its path. This affords astronomers a rare opportunity to study the warping of space by Proxima's gravity, as will be evident in the apparent displacement of the two stars in sky photographs. This effect is called gravitational lensing. The amount of warping will be used to calculate a precise mass for Proxima Centauri, and look for the gravitational footprint and any planets orbiting the star. The background image shows a wider view of the region of sky in the southern constellation of Centaurus (The Centaur) that Proxima is traversing.