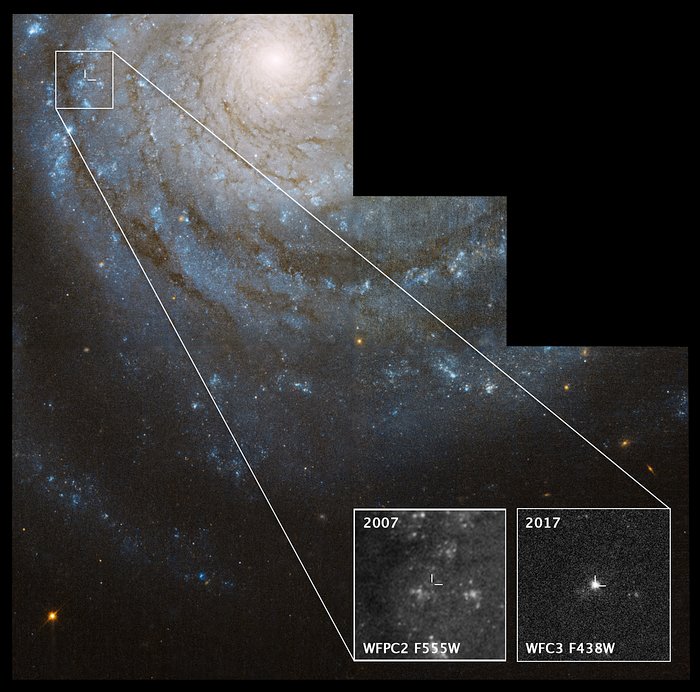 This NASA/ESA Hubble Space Telescope image of the nearby spiral galaxy NGC 3938 shows the location of supernova 2017ein, in a spiral arm near the bright core. The exploded star is a Type Ic supernova, thought to detonate after its massive star has shed or been stripped of its outer layers of hydrogen and helium.

Progenitor stars to Type Ic supernovas have been hard to find. But astronomers sifting through Hubble archival images may have uncovered the star that detonated as supernova 2017ein. The location of the candidate progenitor star is shown in the pullout box at bottom left, taken in 2007. The bright object in the box at bottom right is a close-up image of the supernova, taken by Hubble in 2017, shortly after the stellar blast.