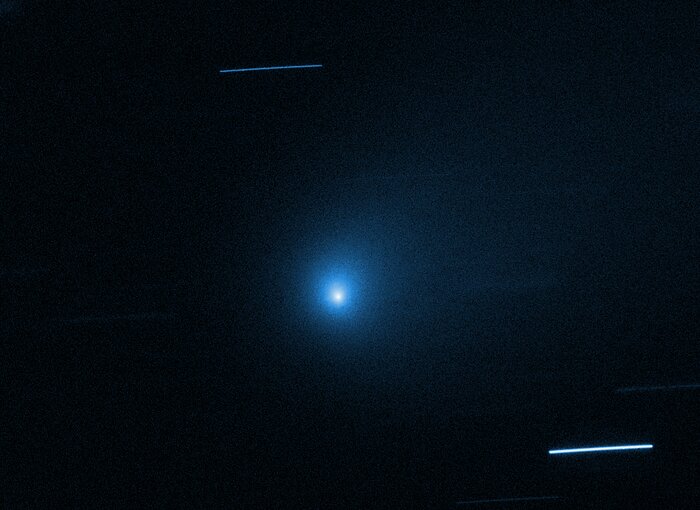 The NASA/ESA Hubble Space Telescope has once again observed the interstellar comet 2I/Borisov. New data offers chemical clues to the composition of an object born around another star. Comets are made of gas, ice, and dust that are part of a planet's building blocks.

Borisov's unusual abundance of carbon monoxide, as deduced through Hubble ultraviolet spectroscopic observations, is largely unlike comets belonging to our solar system. Researchers say this abundance points to the comet originating from a circumstellar disk around a class of star called a cool red dwarf.