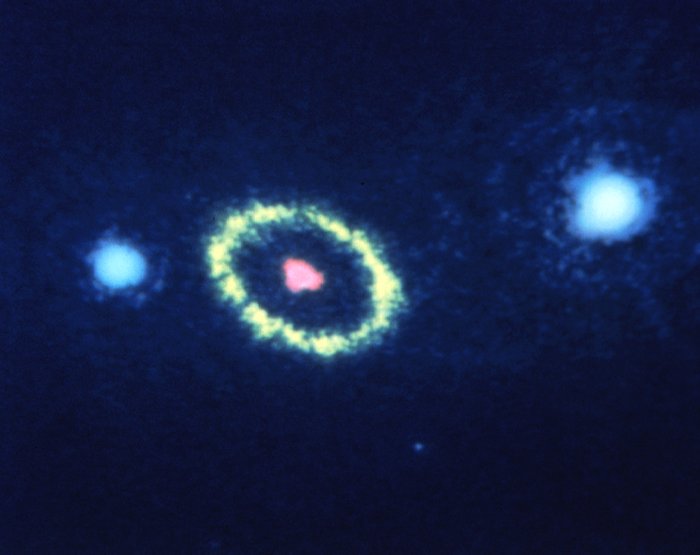 HST has resolved, to an unprecedented detail of 0.1 arc second, a mysterious elliptical ring of material around the remnants of Supernova 1987A.

In this image, taken with the European Space Agency's Faint Object Camera on August 23, 1990 the ring appears as a yellow ellipse. The tightly knotted debris from the stellar explosion appears as a red blob near the center of the ring. The blue stars to the left and right of the ring are not associated with the supernova.