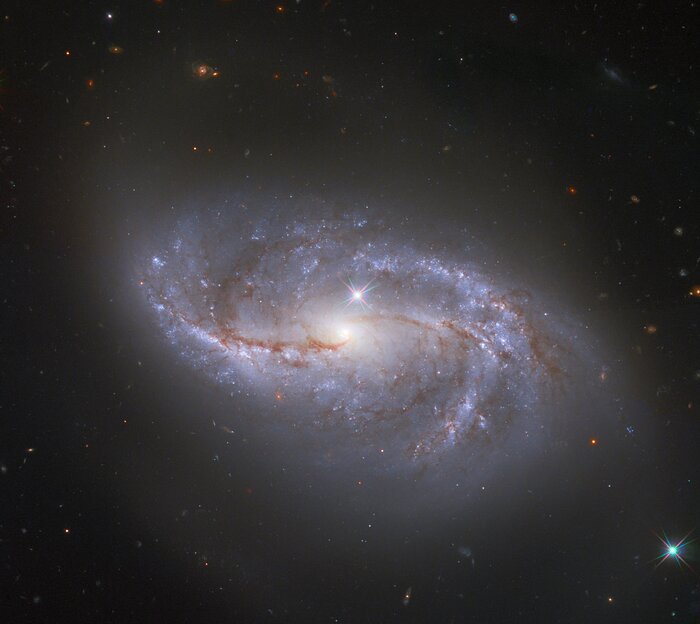 Looking deep into the Universe, the NASA/ESA Hubble Space Telescope catches a passing glimpse of the numerous arm-like structures that sweep around this barred spiral galaxy, known as NGC 2608. Appearing as a slightly stretched, smaller version of our Milky Way, the peppered blue and red spiral arms are anchored together by the prominent horizontal central bar of the galaxy.

In Hubble photos, bright Milky Way stars will sometimes appear as pinpoints of light with prominent lens flares. A star with these features is seen in the lower right corner of the image, and another can be spotted just above the pale centre of the galaxy. The majority of the fainter points around NGC 2608, however, lack these features, and upon closer inspection they are revealed to be thousands of distant galaxies. NGC 2608 is just one among an uncountable number of kindred structures.

Similar expanses of galaxies can be observed in other Hubble images such as the Hubble Deep Field which recorded over 3000 galaxies in one field of view.