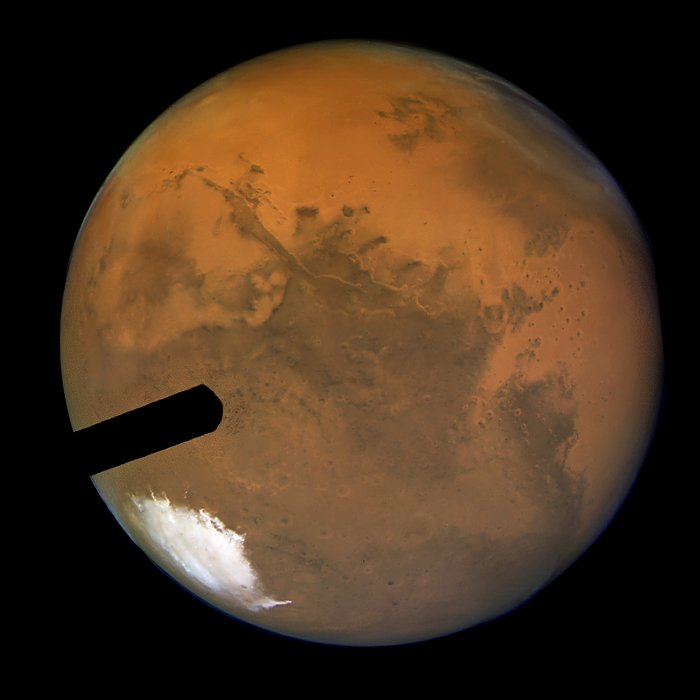 This view of Mars, the sharpest photo ever taken from Earth, reveals small craters and other surface markings only about a dozen miles (a few tens of kilometres) across. (The spatial scale is 5 miles, or 8 kilometres per pixel). The Advanced Camera for Surveys (ACS) aboard NASA/ESA Hubble Space Telescope snapped this image on Aug. 24, just a few days before the red planet's historic "close encounter" with Earth.

Among the Martian surface features are: numerous craters; several large volcanoes of the great Tharsis plateau along the upper left limb; and a large multi-ring impact basin, called Argyre, near image center. These kinds of features from past and present NASA spacecraft that have orbited Mars are also being studied in detail. But they have never before been seen from Earth with this kind of clarity.